The Cove Football Club introduced their first junior girls team in 2019 with an under 14’s team.  In 2021 with the help of The Reynella Football Club, the Cove and Reynella merged players to create a new under 17s female side.

The Junior female teams continue to grow and become a dominant force in the SFL. 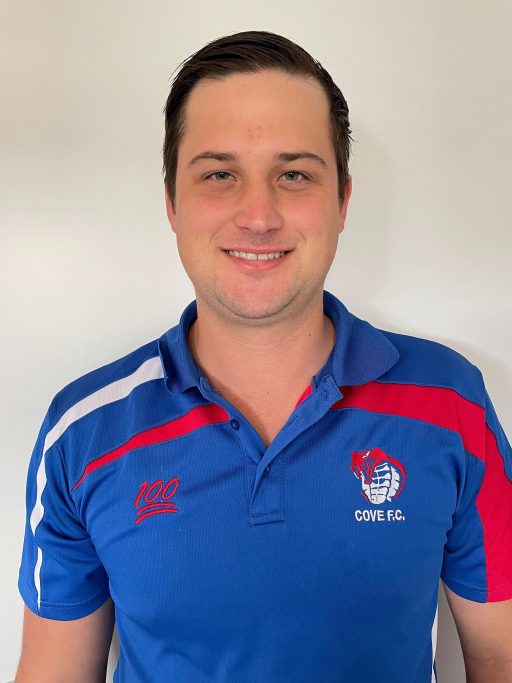 Blake Muller has been at cove since 2006 as a mini and have been a part of the club ever since. Currently playing in the senior squad and coaching the under 17.

Blake has experience playing SANFL level at Glenelg football club playing juniors.   This is where he started to find some passion for coaching due to being injured and wanting be involved.

In 2018 Blake came back to The Cove Football Club looking to help the juniors out.  He became under 15 as a runner/ assistance coach helping them improve.

In 2019 looking for a new challenge he decided to help the women’s A grade as the runner and assistant coach.  He was rewarded with winning a grand final.

2020 he was again assistant coach with the women helping that group get to another final run.

In 2021 Blake has taken on the role of a full-time coach for the under 17. He is looking forward to helping this group out and having a lot of fun on the way teaching them new skills