Our successful Junior boys division includes our Under 17.5, Under 15 and under 13 boys sides.

We have a strong junior culture at The Cove Football Club that continues to bring success and milestone moments to the club. 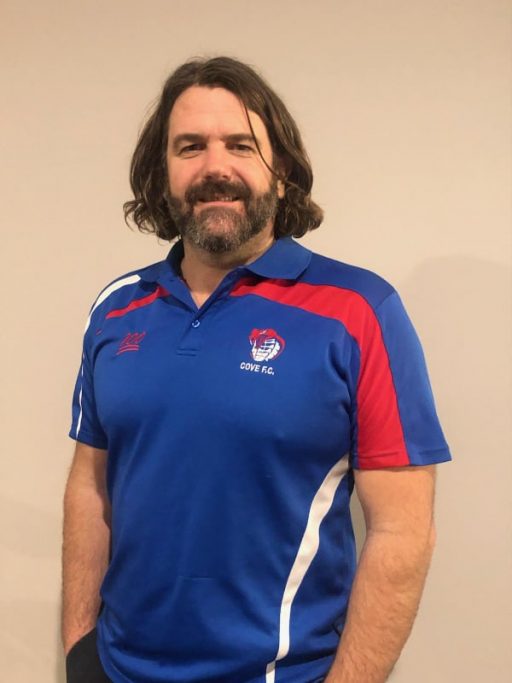 Mark has loved being part of the Cove Cobras minis coaching team for the last 5 years and is now very much looking forward to joining the Saturday game day coaching roster with the U13s team.

He’s always loved his footy, including playing which started in the country in the Northern Areas and North Eastern Football Leagues as a 6year old in the minis and then through the grades through to the seniors. Mark then moved down to Adelaide where he played in the SAAFL for various clubs including West Thebarton and Unley before he finished up his footy playing here at Cove at the ripe old age of 37.

Mark has two sons and a daughter who all played footy (or Auskick) last year and love being involved with the club.

“We have a fantastic club here with great people and a bucket load of potential coming through. I hope that I can help to nurture that potential and first and foremost make sure that the kids are enjoying their footy. I am really excited about next year and the future of the Cove Cobras.